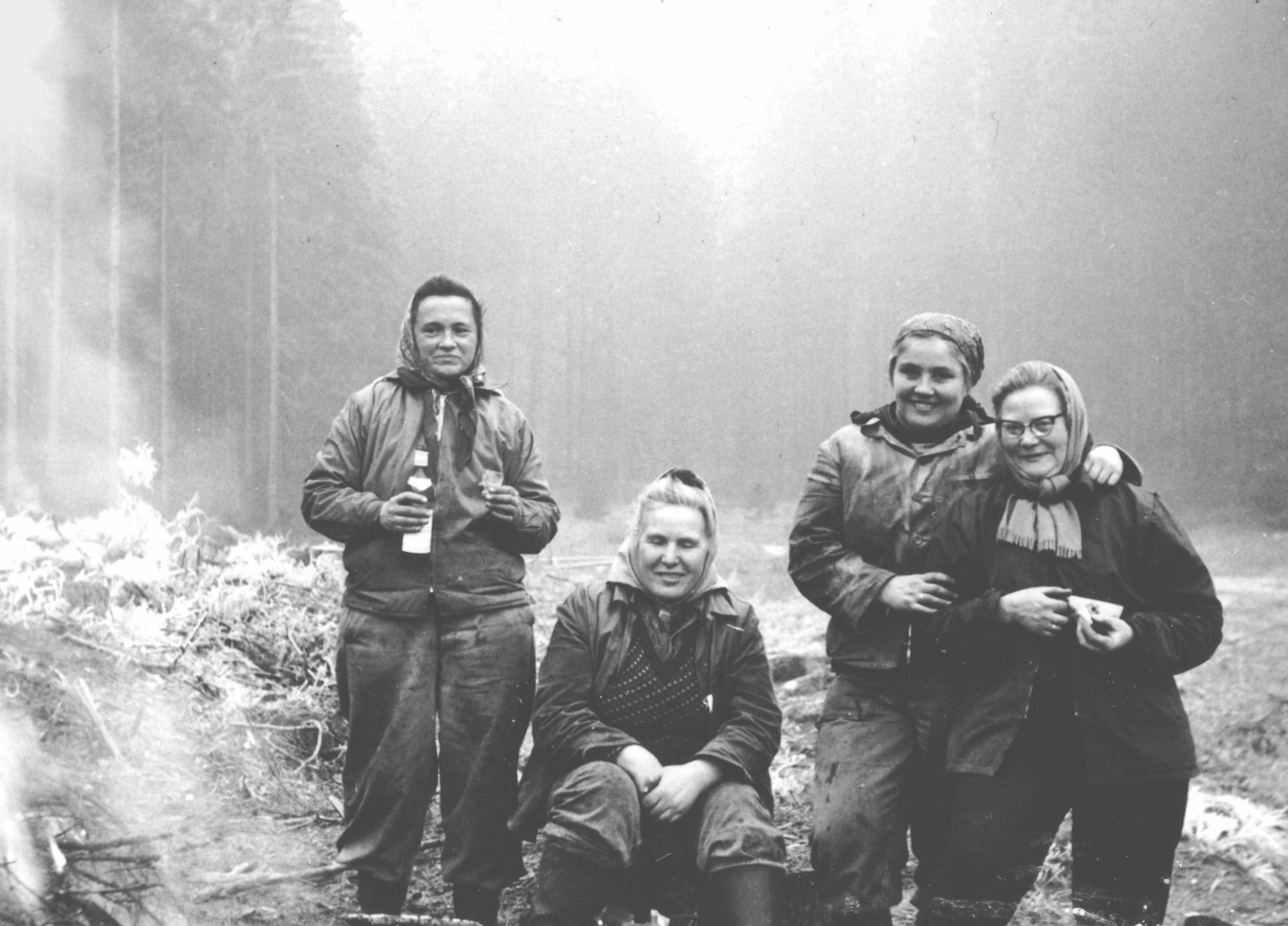 As a child, the fifty pence coin or “50 Pfennig” was my currency. With this small silver token, you could buy ice cream, pull chewing gum from a vending machine, swim in the local outdoor swimming pool, or send a postcard. On the back of the coin was a woman wearing a headscarf. Bent forward, she held a young oak tree between her hands. Through the ubiquitous presence of these coins, the image of this woman stayed with me, yet I knew nothing of her historical significance.

Many years later, children are out in the streets supporting Fridays for Future, German forests are exposed to drought and pest infestation as a result of monocultural planting in Europe, and a scoop of ice cream costs 1.50 Euros. Fortuitously, I stumble across the crouching woman with the young tree. I find her counterpart in photographic archives from the postwar period of the “Kulturfrauen” (cultivating women).

Even before learning about the grave human horrors of my grandparents' generation at school, as a young child I had seen photographs of the devastated cities in which my parents grew up in the aftermath of the Second World War. These images instilled in me the relentless destruction of war. It was also through my parents' recollections that I heard stories of the so-called “Trümmerfrauen” (rubble women) who cleared the cities of rubble by hand once the war had ended. But the fact that the country's forests were also in ruins was not widely conveyed. The forests had been burned for wartime industry, and long after the war continued to be clear cut as financial reparations to the British and other nations.

Much like the workforce of the Trümmerfrauen, countless women facilitated the national reforestation effort, planting new forests from rare seeds that are now often swept away by storms or eaten by beetles. Not many people remember the Kulturfrauen despite this national dedication, and this was before the “D-Mark” (Deutsche Mark) became outdated. With their headscarves tied and their knees to the ground, these women made a substantial, yet rarely acknowledged contribution to forest ecosystems in Germany. It is a labor history that remains difficult to qualify.

Today it isn't necessarily economic hardship or a scarcity of seeds that produce the fragile monocultures that are being destroyed by environmental pollution. Instead, it is the brunt of contemporary paradigms incentivized by productivity targets and economic growth. These forces are pushing our ecological systems towards incontrovertible rupture. When I look at the black-and-white photographs of the Kulturfrauen, I wonder what the equivalent of the woman on the fifty pence coin would be today when there are no shortages of seeds, workers, knowledge, or technology. How is it that we haven't planted a more sustainable forest than our grandmothers were able to? What would our contemporary “Kulturfrau” look like, and what would be the appropriate medium to remember her by? Would recognizing their labor help convince publics that ecological recovery and sustainability cannot be resolved by one generation but are in fact ongoing processes of intergenerational responsibility?

Among the photographs I find of the Kulturfrauen are several in which the women can be seen taking a rest break in the fields. The sense of community is palpable in their ease with one another––in the arm that is draped over the shoulder of a fellow worker, for instance. At the risk of overinterpreting this sociality: are we looking at a rare moment of German postwar eco-feminism? I also like to think of it another way, imagining that this image will catalyze climate actions to come.