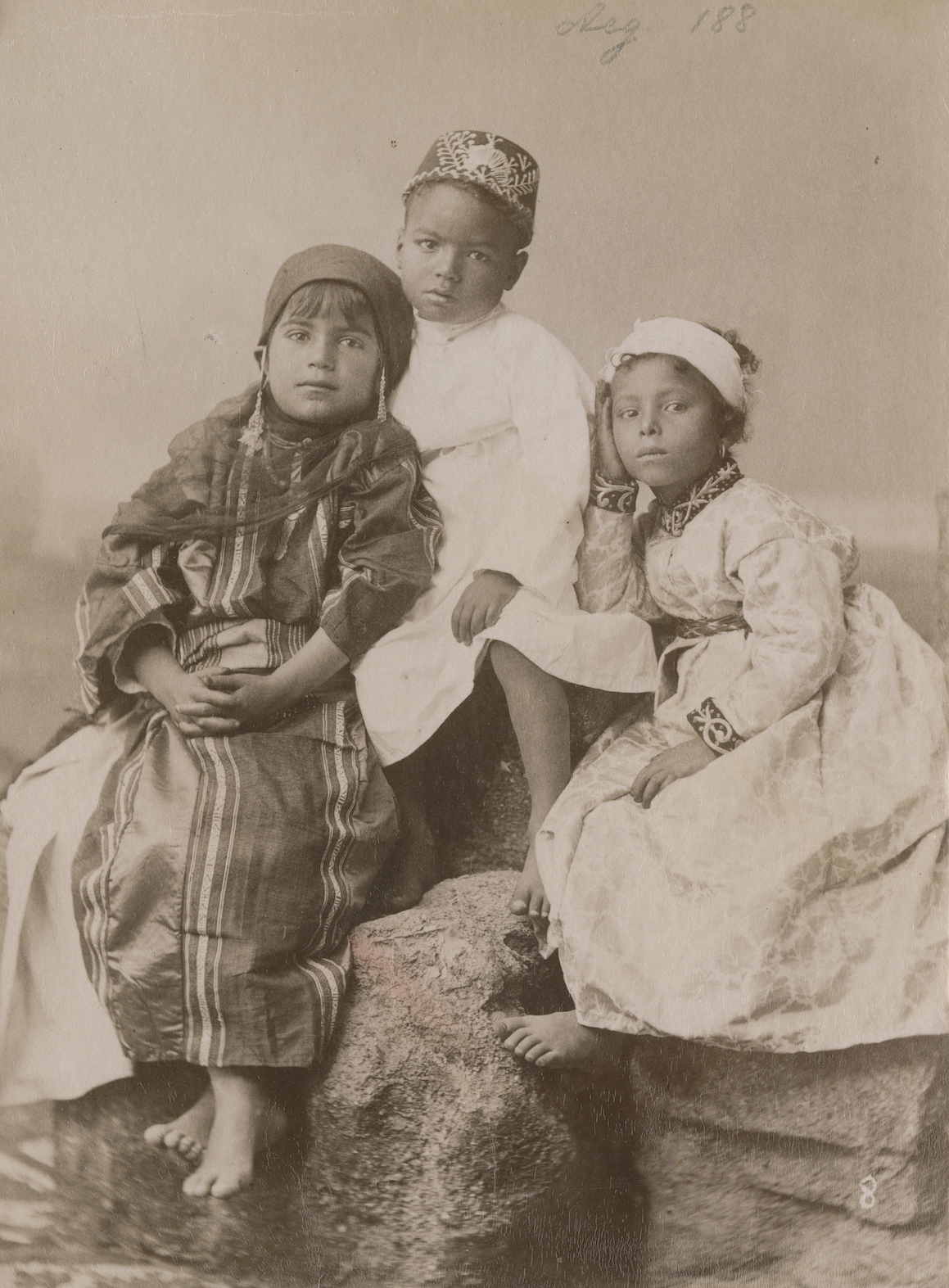 Navigating the extensive photo archives of the Museum am Rothenbaum - Kulturen und Künste der Welt (MARKK), an unnamed and undated photograph of three children stops me in my tracks, awakening personal memories of being made to pose for photographs. I think about the agonizing constructs of perception born of language and translation, such as how the act of taking a photograph varies in different languages. In English and German, the action is one of “taking” or “making” a photograph and “Foto machen” or “Foto schießen” respectively. However, among several Bantu-derived languages, for example in Kiswahili, the predominant language of East Africa, you would say “kupiga picha”; while in my first language, Lusoga, spoken in Eastern Uganda, the expression is “kukuba ekifananyi.” The literal translation for these two languages is “beat the photograph.” To liken the act of taking a photograph to a beating or the action of “shooting” (as per the English) means that taking a photo has and continues to bear the traces of a violent and painful event.

In Raw Histories, the visual anthropologist Elizabeth Edwards alludes to the association of photographs with painful acts. She suggests that photographs can be painful, not only in subject matter but in their modes of truth-telling. Photographs perform histories in material ways, and this framed reality has a rawness.1 However, beyond the intrinsic quality of the photograph itself, I consider here the action of taking images as potentially painful encounters. In my own accounts of being photographed, selective acts of perception not only erased my childhood from family photographs but gave me the appearance of being startled in the few where I do appear.

The unnamed photograph deserves an interpretative reading beyond challenging my own sense of evading cameras as a child. The casual grace of the children’s presence in spite of their formal positioning points to an important form of photographic subjectivity enacted within the image’s staged aura. On the right, a girl leans slightly into the centre, just enough to have her right hand provide a cradle for the side of her face. Her left hand rests on her gown, which is nearly monochrome except for ringed designs on the collar and cuffs. The slight slope of the boy’s body in his supported position on the middle rock provides a subtle contrast. To the left is another girl, her disposition confident and her gaze steady. With both hands and feet intertwined, the tasselled ends of the headscarf frame her face and create the impression of dangling earrings.

The composure of the children and their attention to the act of being photographed constructs the photograph as a memory, perhaps not for the subjects or the imagemaker, but for audiences thereafter. Although the circumstances under which this photo was taken remain unknown, the scant information accompanying the photograph gives the names of Massanda, Ibrahim, and Leham, and suggests that these were children of the Bedouin and Fellahin in Egypt. To give this account of the photograph and the photographed is to engage possibilities for reading and interpreting beyond the omissions of the archive.