The Triennial of Photography Hamburg has taken place every three years since 1999 in cooperation with Hamburg's major museums, exhibition houses, cultural institutions, galleries, and other organisers, and is an important photo event with international appeal throughout Germany. The Triennial highlights current trends in photography and brings together a large number of photo exhibitions under a common theme. The Triennial is accompanied by an international, interdisciplinary symposium in the run-up to the event and a festival lasting several days in the summer of 2022. Since 2014, the Triennial of Photography Hamburg has been organized by Deichtorhallen Hamburg GmbH.

The 8th edition of the Triennial of Photography Hamburg will be framed around the concept of Currency, inviting reflection on the contemporary power of the photograph to relay and relate meaning across distance. Rerouting this economic term to art and visual culture guides a multipart engagement with photography and its relationship to value-making, canon-making, circulation, knowledge production, and visual autonomy.

The artistic director Koyo Kouoh leads a curatorial team of Rasha Salti, Gabriella Beckhurst Feijoo, and Oluremi C. Onabanjo, with Cale Garrido as curatorial coordinator. The first activity in the program will be Lucid Knowledge, an international symposium in Fall 2021, followed by exhibitions at major museums, institutions, and spaces across Hamburg (May – September 2022), a summer festival, and closing events. The program is supported by multiple publishing projects of newly commissioned writing and dialogue across 2021 – 2022, in print and online.

The institutions involved in this edition include the Bucerius Kunst Forum, the Deichtorhallen Hamburg with the House of Photography, the Hall for Contemporary Art and the Falckenberg Collection, the Hamburger Kunsthalle, the Jenisch Haus, the Kunsthaus Hamburg, the Kunstverein in Hamburg, the Museum am Rothenbaum – Kulturen und Künste der Welt, the Museum der Arbeit, the Museum für Hamburgische Geschichte and the Museum für Kunst und Gewerbe Hamburg. Together these exhibitions build a constellation of interrelated themes and exploratory ideas that map onto Currency through the fabric of each institution. Projects will be closely linked in a parcours of events and thematic tours, to be activated at specific points across the 8th edition.

Artistic Director
Appointed the executive director and chief curator at Zeitz MOCAA in Cape Town in March 2019, the Cameroonian-born Koyo Kouoh has already made a significant impression, launching an ambitious programme of symposia, summits, and special commissions as well as overseeing a survey by Nigerian-born Otobong Nkanga’s first exhibition in South Africa, and working on the first retrospective of Tracey Rose. Previously, Kouoh was the artistic director of RAW Material Company, an exhibition space, artists’ residency, and center for critical education in Dakar that she founded in 2008. As an independent curator, Kouoh has organized exhibitions internationally, including a touring group show of works by African women artists, including Nkanga and Rose, that debuted at Wiels, Brussels in 2015; the 37th EVA International in Limerick in 2016; and Dig Where You Stand, an exploration of colonial histories as represented through objects from the collections of the Carnegie Museums of Pittsburgh, in 2018. Kouoh also served on the curatorial teams for Documenta 12 and 13 (2007/12) and has written and published numerous critical works, including Breathing Out of School: The RAW Académie and Condition Report on Art History in Africa; both coedited with Ugochukwu-Smooth C. Nzewi et al.
Instagram: @madamekoyo 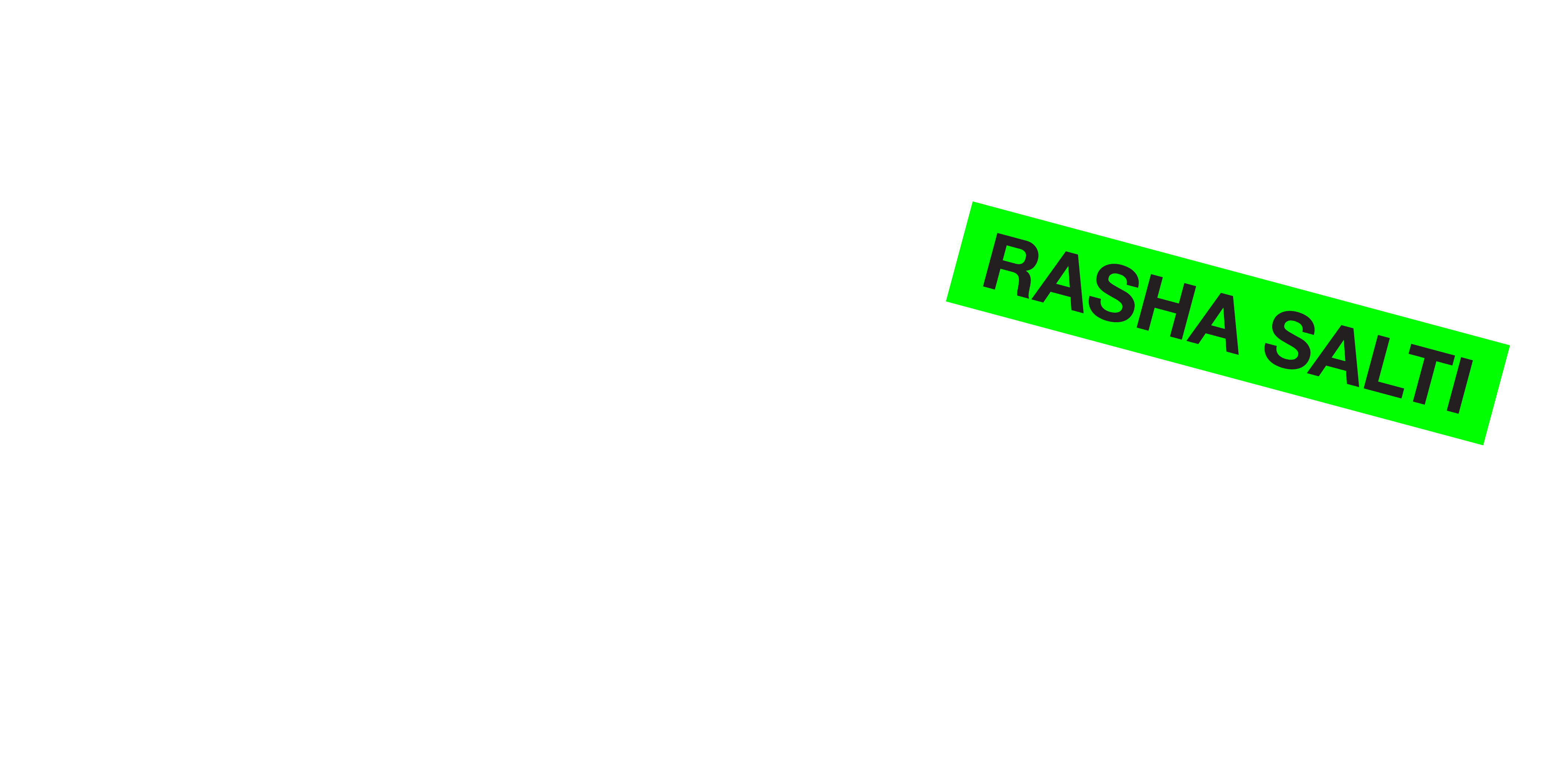 Rasha Salti is a researcher, writer, and curator of art and film, working and living between Beirut and Berlin. She co-curated several film programs including Mapping Subjectivity: Experimentation in Arab Cinema from the 1960s until Now, with Jytte Jensen (2010–12) showcased at the MoMA in New York and Saving Bruce Lee: African and Arab Cinema in the Era of Soviet Cultural Diplomacy with Koyo Kouoh at the Haus der Kulturen der Welt (2018). In 2011, she was one of co-curators of the 10th edition of the Sharjah Biennial for the Arts, and in 2015, she co-curated with Kristine Khouri the exhibition Past Disquiet: Narratives and Ghosts from the Exhibition of International Art for Palestine (Beirut, 1978), at the Museum of Contemporary Art in Barcelona (MACBA), at the Haus der Kulturen der Welt (HKW) in Berlin, in 2016, at the Museo de la Solidaridad Salvador Allende (MSSA) in Santiago de Chile and at the Sursock Museum both in 2018. In 2006, she edited Insights into Syrian Cinema: Essays and Conversations with Filmmakers (ArteEast and Rattapallax Press) and in 2009, she collaborated with photographer Ziad Antar on an exhibition and book titled Beirut Bereft: The Architecture of the Forsaken and Map of the Derelict. In 2010, she co-edited I Would Have Smiled: A Tribute to Myrtle Winter-Chaumeny with Issam Nassar, a book dedicated to the legacy of British photographer founder of the UNRWA photographic archive. In 2018, she co-edited with Kristine Khouri, Past Disquiet: Artists, International Solidarity and Museums in Exile, published by the Museum of Modern Art, Warsaw. And in 2019, she collaborated with Christoph Terhechte on This Notebook Belongs to Rasha Salti, If Found…, published by Ashkal Alwan in the framework of Homeworks. 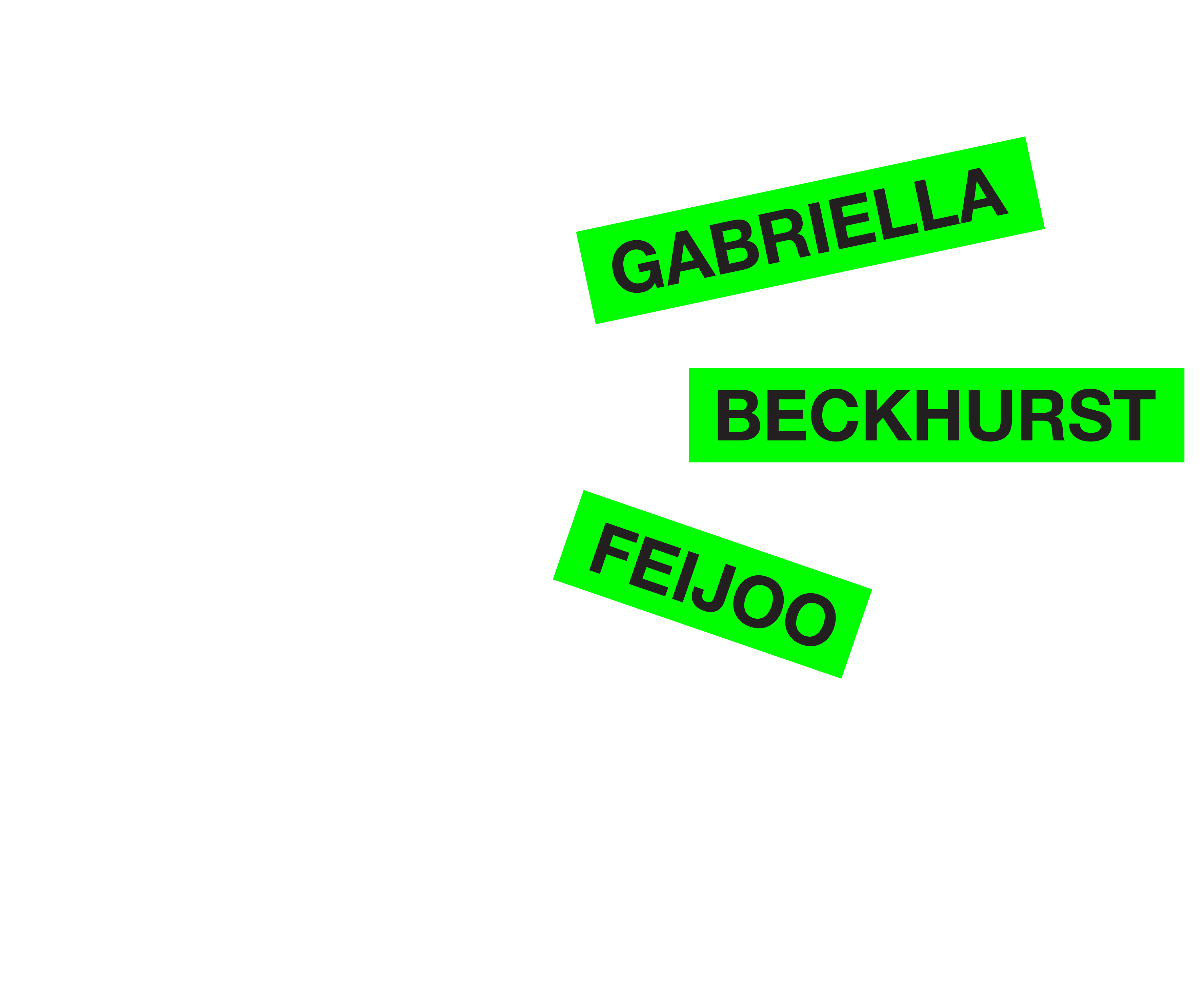 Gabriella Beckhurst Feijoo is an art historian, researcher, and curator of photography, artists’ moving image, and performance. Projects they have contributed to in a curatorial and editorial capacity include Dig Where You Stand devised by Koyo Kouoh for the 57th Carnegie International in Pittsburgh (2018), ZEITSPUREN: The Power of Now, Kunsthaus Pasquart, Biel (2018), and ATARAXIA, the public program of the Swiss Pavilion at the 57th Venice Biennale (2017). Gabriella is completing a PhD in Art History at University College London (UCL) and holds an MA in Contemporary Art Theory from Goldsmiths, University of London. Much of their research is concerned with the visual and cultural histories of identity and space, queer artmaking and social infrastructures, environmental justice and political ecology. Their writing on art and film has appeared in Another Gaze, Map Magazine, Sculpture Journal, and König Magazine. 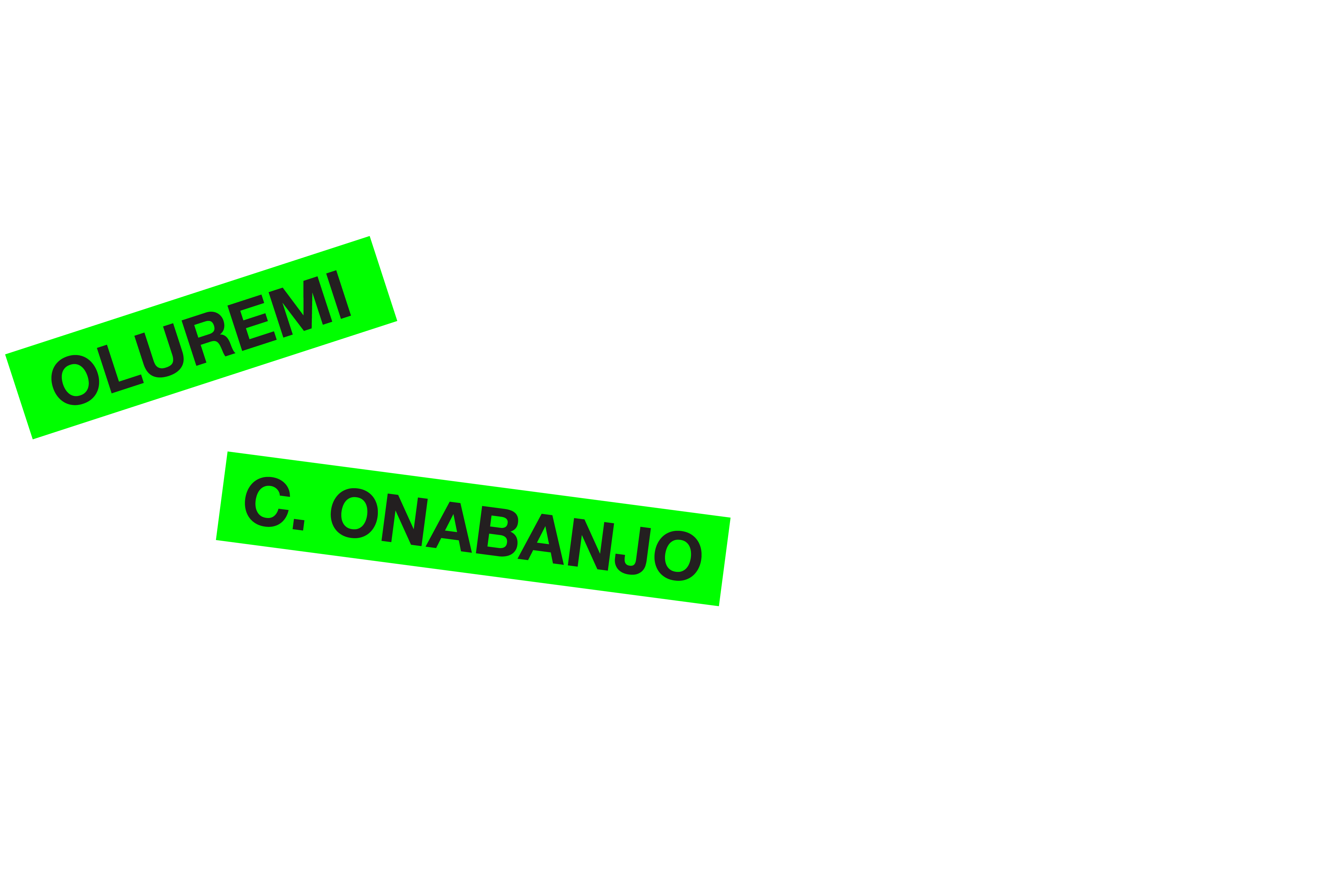 Oluremi C. Onabanjo is a curator and scholar of photography and the arts of Africa. The former Director of Exhibitions for The Walther Collection, she has curated and co-organized exhibitions in Africa, Europe, and North America. In 2017 she co-curated Recent Histories: Contemporary African Photography, and edited its accompanying publication (Steidl), which was shortlisted for an ICP Infinity Award in Critical Writing and Research (2018). Onabanjo lectures internationally on photography and curatorial practice, and her writing has appeared in Aperture, Autograph ABP, The New Yorker, The Photobook Review, and Tate Etc, alongside publications supported by The Museum of Modern Art, The Studio Museum in Harlem, and RISD Museum amongst others. A 2020 Andy Warhol Foundation Arts Writers Grantee, Onabanjo is a PhD candidate in Art History at Columbia University. She holds an MSc in Visual, Material, and Museum Anthropology from Oxford University, and a BA in African Studies from Columbia University. 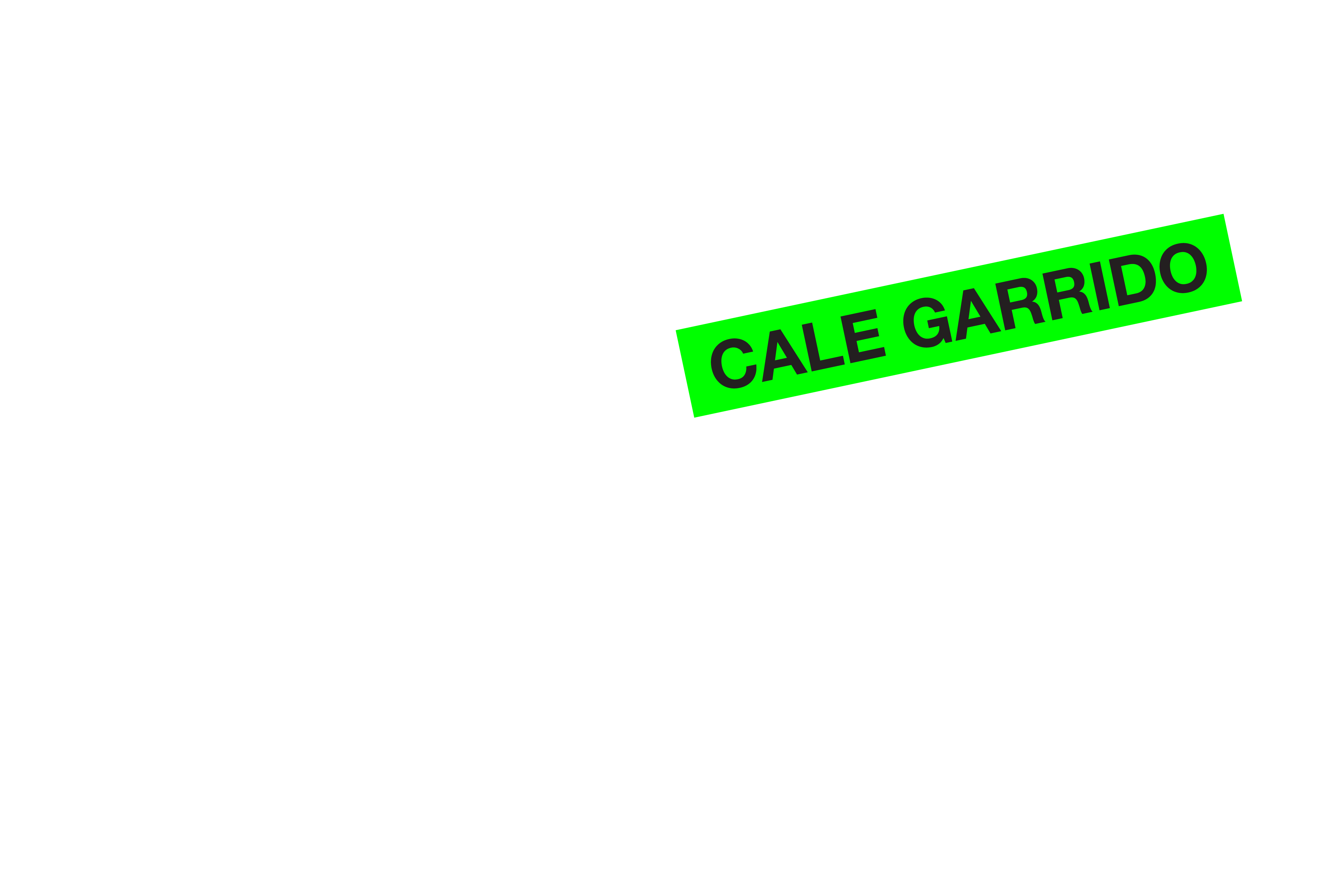 Cale Garrido is an independent journalist, photo editor, and curator based in Hamburg, Germany. She works on documentary and artistic photography projects, exhibitions and publications. Having worked as an assistant curator at the 7. Triennial of Photography Hamburg in 2018, she joins the curatorial team for the 8. edition. Since 2016, she has worked as a photo editor for Greenpeace-related publications in Germany. This experience has fostered a lasting interest in environmentally engaging photographic projects and brought her to curate group shows including Urgent Arts of Living (Kaunas Photography Gallery, 2019) and What if Earth becomes Uninhabitable (PHmuseum, 2020). As a member of the artists’ and photographers’ collective APPARAT, founded in Berlin in 2017, she curated the exhibition Die Anderen sind Wir. Bilder einer dissonanten Gesellschaft (2019) at Brandenburgischen Landesmuseum für Moderne Kunst in Cottbus, Germany. She collaborates on a regular basis with Kaunas Photography Gallery, and is co-editor of the publications Joan Fontcuberta: Crisis of History (2020), and Women's Workshop (2021).

Futures is a photography platform that pools the resources and talent programs of leading photography institutions across Europe in order to increase the capacity, mobility, and visibility of its selected artists. By bringing together a wealth of resources and curatorial expertise, each talent selected by the Futures members gains access to an unprecedented network of professionals, markets, and audiences.

Every year, Futures organizes a series of events across Europe within each of its member countries. And every year they are brought together at a Futures event at Unseen Amsterdam.

Futures is an initiative of the European Photography Platform. At the moment the platform has 10 founding members. The members are the British Journal of Photography (UK), CAMERA (IT), Hyères Festival (FR), FOMU (BE), Fotofestiwal Lodz (PL), PHotoESPAÑA (ES), PhotoIreland (IR), Photo Romania Festival (RO), Robert Capa Contemporary Photography Center (HU), and Triennial of Photography Hamburg (DE). The platform recruits new members every year from countries around the world. Futures is co-funded by the Creative Europe Programme of the European Union.

Every year we select 5 FUTURES TALENTS to take part in the program. Find out more about the artists: Futures 2021, 2020 & 2019 and the FUTURES Digital Festival